This summer, I’ve been running a lot. Or at least it feels that way as I train for my first ultra. From heart-pounding intervals to long, slow hours on the trail, I’m in a pair of running shoes on average six days a week. And with all that time spent putting one foot in front of the other comes a lot of gear testing and contemplation. It’s not that I necessarily want to be thinking about gear, it just kind of happens. 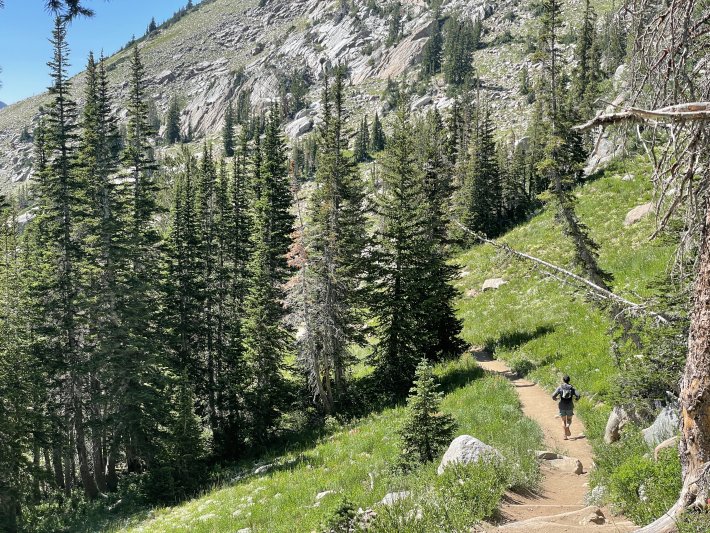 To be fair, I’ve tried thinking about other things but it never really pans out. Current events? Woof. These days, I can only think about the news so much before I get so mentally exhausted that I just want to walk back to my car. Less ominously, I do my best to appreciate the beauty of where I’m running but admittedly most of my time is staring at the trail trying not to trip over rocks and roots. And though I appreciate wildflowers immensely, especially the trailside ones I can admire in my peripheral while running, I can never seem to remember their names despite how many times my fiance tells me.

However, the other day on the trail, I got to thinking - what’s the point of all this internal gear talk if I don’t share it with the world? Don't answer that, it's rhetorical. So, even though no one asked, here are my top favorite trail running accessories so far this year.

LifeStraw Peak Series Collapsible Squeeze Bottle - Normally, I’d just bring plenty of water in collapsible bottles to last me my run. I don’t actually “need” a filter, right? Well, things change when you're out for a several-hour-long jaunt. It only took one time to find myself thirsty and out of water standing next to a stream to cave in on this purchase. Was the chance of Giardia worth it to quench my thirst? It was cruel torture that could’ve been easily remedied. Ultimately, I decided to just book it back to the car but my mind had been made up - get the damn filter. Now I just keep the squeeze bag in my pack for runs that have water nearby and are longer than 90 minutes. Even if I don’t run out of water, I can just dunk the bag, screw the cap back on, and sip some cold, refreshing water. The squeeze component to it is nice as you can quickly fill up all of your other bottles too. There are several versions of this concept from different brands but I went with the Lifestraw for its durability and philanthropic mission.

Petzl IKO Headlamp - Summers in Salt Lake City are unreasonably hot. In order to avoid the heat and still get my miles in, I either have to wake up early, go up high in the mountains, or get a real late start. When the first two aren’t an option, I grab my IKO headlamp and head for the hills. If you've never tried it, running at night is surprisingly nice as the weather is much cooler, the trails are void of humans, and I’ve seen lots of neat nocturnal critters - including furry tarantulas and chatty owls. So why this headlamp? I’ve used more than a few headlamps over the years and the IKO is by far the best for running. Sure, there are brighter and lighter setups, but the semi-rigid AIRFIT headband is so comfortable and distributes the weight so well that it doesn’t move, even when running downhill. Try that with a traditional, front-heavy headlamp! 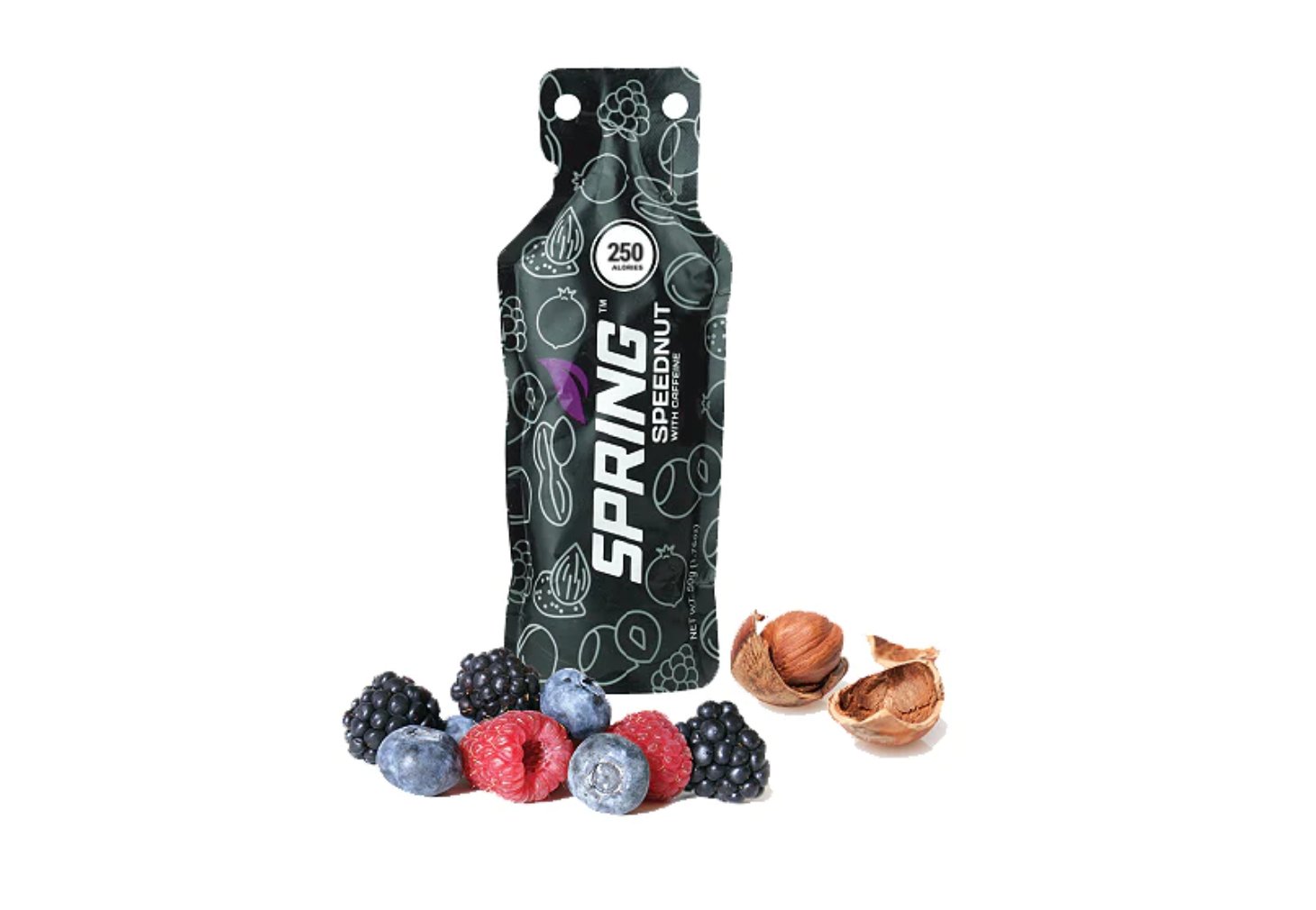 Spring Energy Speednut with Caffeine - Real food and real tasty. Honestly, I could’ve chosen any of the Spring Energy flavors because they’re all good. But the Speednut packs a punch with 250 calories! Plus, the caffeine really helps you pick up the pace when you’re slogging. Canaberry is a close second though. The gels sit well in my stomach and I feel like I’m actually eating food, not some synthetic, overly sugary concoction. At the start of my training, I bought a box of 20 Speednuts and I’m somehow not sick of them yet.

Territory Run Co Loowit Trucker Hat - A hat’s a hat, right? Yes, but only to a certain extent. When you have a big noggin and an even bigger forehead (receding hairline?!) like I do, visors and shallow hats are off the table. So when I put on this hat from PNW’s stylish Territory Run Co, I knew I was going to subject it to many hours on trail. And months later, it’s still in fine form, aside from the occasional salt lines that are super easy to just rinse off and let air dry. Their Long Haul Caps are also a shop favorite.

Black Diamond Distance Tent - Alright, so this isn’t actually running gear per se, but man this thing is great. I used it for a traverse of the Ruby Mountains in Nevada and I'm going to count it as training because time on feet is time on feet! Anyways, I was impressed by how lightweight, simple, and reliable it was. And all things considered, it’s pretty roomy! As long as you have ground soft enough to get stakes in, the tent pops up in short order using the poles you used all day to run and/or walk with. It is very minimalist with just one single-layer wall so don’t expect a removable rain fly, vestibule, or other common not-absolutely-necessary features. Did I mention it’s lightweight at only two pounds?! 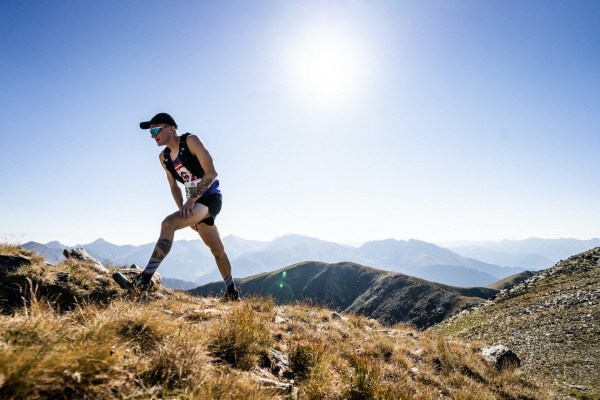 Q&A with Ryan Kerrigan, Coach of US Youth Skyrunning Team