Three years ago, after moving to the Wasatch, I decided to head up the famed West Face of Grandeur Peak for the first time. The mellow approach abruptly transformed into a steep trail and not long after, the reality of the situation finally set in. In order to summit, I would need to put in a lot of effort hunched over, frantically pumping my knees to aid propulsion. This trail was unrelenting!

Somewhere near halfway - still inefficiently slogging my way to the top - I heard some rustling behind me. I was surprised to see two other folks effortlessly click-clacking their way up using running poles. They looked like Bjørn Dæhlie in the 50-kilometer freestyle during the 1992 Winter Olympics in France.

Ohhh, so that’s how it’s done.

Later that day, I bought my first pair of running poles.

It became quite apparent that in steep terrain, poles were the best way to maximize output. Prior to that day, poles were always something I’d seen but never really considered. Now, 50+ laps on West Grandeur later, that first trip up is still the only time I’ve run it without poles.

But do I always bring poles? Nope. I’ll explain. 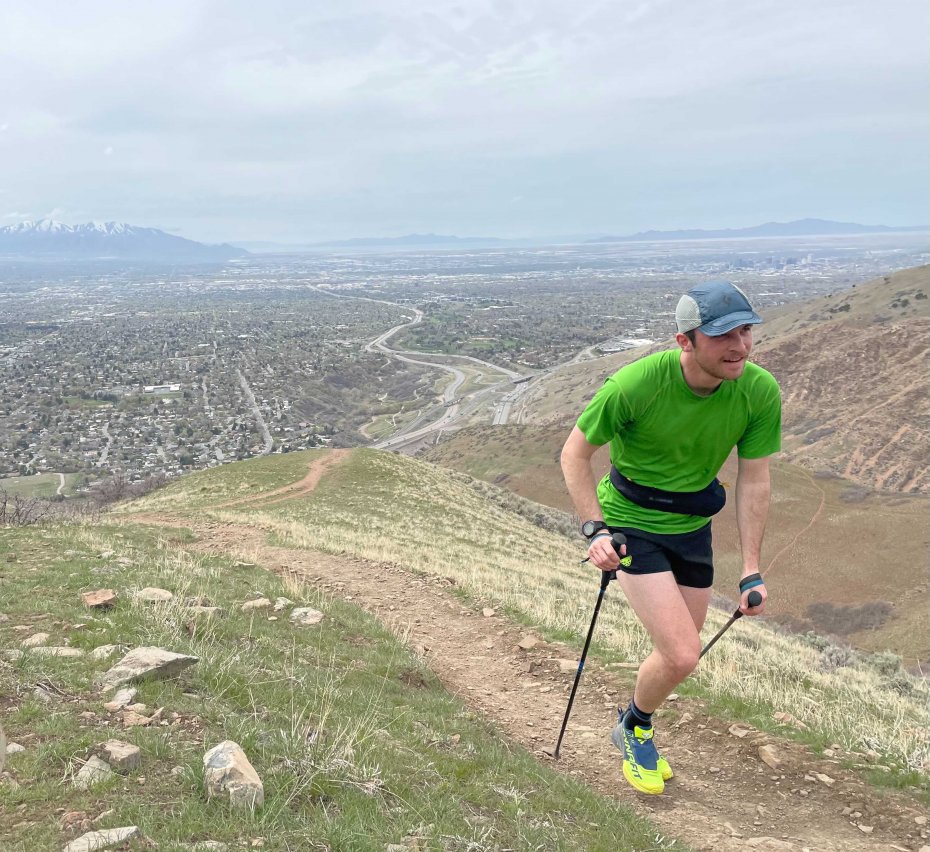 The Benefits of Running with Poles

Simply put, poles aid in propulsion which help you gain elevation and maintain a better running economy. This is because poles disperse the energy to your arms and other muscle groups when moving uphill and improve your posture by enabling you to stand up straighter. Your legs stay fresher and your body is much more efficient. To help save the legs or once fatigue has already set in, poles are also excellent to use for stability on the downhill. Unless you have the fitness of Superman, you’re going to notice a big difference in these steep scenarios.

Some folks don’t like the added weight and having one more thing to manage. They argue that it’s annoying to access water or nutrition when running with poles - think shoving them under your armpits to free up your hands. In theory, this slight deterrent can result in less hydration and calories. But then again, could more efficient movement require less refueling?

Leki has a unique take on the situation with their Trigger Shark System since the velcro closure hand straps quickly and easily detach without fuss. A surprisingly simple but effective design.

With the advent of lightweight collapsible poles combined with packs that can easily stash them away, the excuses to not bring poles are limited these days.

Basically, you have two basic different types of material - carbon fiber or aluminum. Aluminum is usually less expensive but heavier. On shorter endeavors, weight may not be a big issue, but over the course of a long run or race, that added weight can be a factor. That’s where carbon fiber shines - it’s as light as possible. Personally, I prefer carbon poles as the pros outweigh the cons.

For dedicated running poles, collapsible style makes the most sense compared to a fixed length or telescoping style pole. These collapse down very small which makes them easy to hold and, as mentioned, allow for easy storage on a vest or running belt.

No matter which way you go, great care should be taken when using poles because getting them caught in a hole or root could snap them.

To Pole or Not to Pole?

Ultimately, it comes down to personal preference and terrain type. Some runners find that they don’t really make sense on trails that are mellow, flat, or only feature a few, short steep sections. For those routes, you can choose to leave the poles at home since you know the trail won’t be as demanding. For sustained, steep trails, few can argue the benefits that poles can offer in regards to uphill propulsion, running efficiency, and fending off fatigue. For those days, poles are a no-brainer. 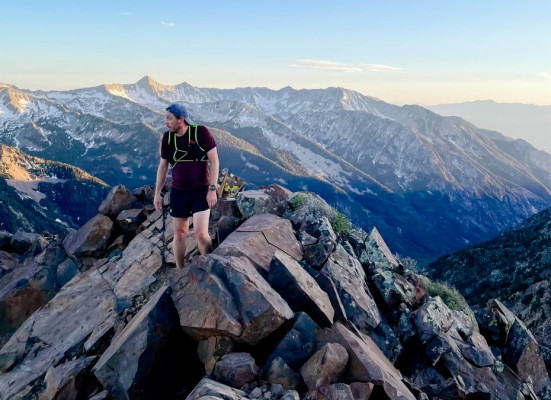 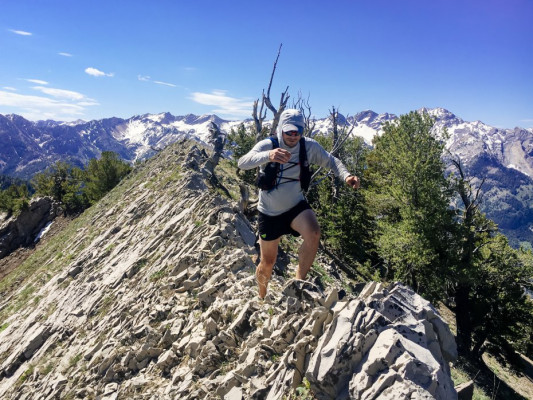