11/5/2021 Interview with the Filmmakers of Rite of Passage

By combining a variety of voices on the WURL, Rite of Passage is a film that tells both the story of this classic route and the journey of giving it an attempt via athlete Mali Noyes. Aesthetic, burly, and exposed, the WURL has become increasingly popular in the minds of endurance mountain athletes. But what makes this route all-time also makes it incredibly dangerous.

Prior to the premiere, we chatted with director Tim and producer Shandi to get their perspective on the project and what they hope the film will do for the community.

For starters, what is the wurl and why did you decide to make a film about it?

Tim Jones: The WURL is a route that circumnavigates Little Cottonwood Canyon via the ridge. It starts and ends in the Salt Lake Valley and is 32ish miles long with 20,000 or so vertical feet of gain. It’s incredibly epic, but it’s just right there. If you’re a mountain person, a climber or a runner or a skier and find out about it, there’s no way it won't make you wonder: can I do it? It was really intriguing to me, so I wanted to make a film about it when it came onto my radar in 2015.

Shandi Kano: Hmmmm.... because living here, you eventually come to feel like the WURL is iconic. At the same time, it's in a tiny mountain range that really only mountain folk know about. The line is gorgeous and for me personally, LCC is my favorite place in the world. So, much like the name of the film, it felt like a "Rite of Passage" so to speak, for me as a filmmaker to want to produce this with Tim. The WURL has been part of my personal life for years as a runner and as I've crewed friends year after year. And last, Tim is a talented filmmaker and I was excited for the opportunity to pair up with him and make something together that we were both passionate about.

What is the significance of the title “Rite of Passage?”

Tim: The WURL is, in a lot of ways, the ultimate test piece for a Wasatch mountain athlete. It requires skill on technical rock, navigation and route finding, fitness and endurance, and sound mountain decision-making. I think for a lot of local athletes, it’s a way to not only see what they’re capable of, but to prove they can be a part of an elite club.

Tell me about the history of this film. Where did the idea come from and what motivated you all to pursue it?

Tim: I started the project in 2016. It was initially going to be about breaking the female FKT, which at the time was held by Stacey Dorais and Alexis Crellin at around 26 hours. In 2017, I began working with a female athlete who ended up with a running injury and wasn’t able to make an attempt that year. I had banked a few interviews and some footage, but the project had lost steam. Then life got in the way, and the footage sat idle on a hard drive for years. During that time, I always stayed up to date on who was trying the WURL and when FKT’s were being broken. My good friend and local photographer, Jay Dash (also a WURL enthusiast), called me up in 2020 and told me that our mutual friend Mali Noyes was about to make an attempt and that perhaps it was a good time to restart the project. At this time I brought in fellow Wasatch runner and producer, Shandi Kano, to help with logistics. We only had about a week to prepare for Mali’s attempt, which meant putting a crew of fit, capable camera operators throughout different parts of the route at different times of day. It’s quite the operation to get cameras everywhere they need to be to authentically capture a WURL attempt.

Who are the main characters and why did you decide to work with them?

Tim: The main character that we follow throughout the film is Mali Noyes, who is a professional skier that happens to be an amazing endurance athlete. Mali and I had worked together before and when I found out she was making an attempt, and was okay with us documenting it, I knew it would be a smooth process. The idea for the film was to have Mali’s attempt be the through-story, but to tell the history and the lore of the route through the local characters who, when it comes to the WURL, are celebrities. When I first started the project years ago, I had coffee with Jared Campbell to seek his approval and he’s been nothing but supportive and awesome throughout the whole process.

Shandi: I really wanted the film to feel like a community and to draw in more of the community. And because the route is sacred to this area, to this community, it was important that the community here and mountain communities everywhere could see themselves in the film and also that their voices and experiences were heard. Because ultimately that is the story of the WURL.

For the premiere, you’re raising money for Salt Lake County Search and Rescue. Why did you decide to do that?

Tim: We were initially slated to premiere the film in early September, but a couple of weeks beforehand local athlete Andrew Acuff tragically died on the Cottonwood Traverse section of the route. The death caused a lot of media frenzy around the WURL and it was clear that SLCSAR wanted to make it known that people shouldn’t just be out there attempting the route. It needs to be clear: the WURL is extremely dangerous and takes a huge skillset and a lifetime of experience to safely accomplish. We wanted SLCSAR to know that we are helping spread that message. And that’s the main reason why we canceled the initial premiere, lined up a panel discussion for this one to talk about the risk involved, and how we as a community can responsibly celebrate the WURL while also making sure it’s known that it is inherently dangerous.

Shandi: Every year, SAR is out there retrieving, rescuing, and protecting all of us in the Wasatch. They work hard to keep mountain athletes safe and we don't make it easy on them. So it’s for them but it’s also to remember those that have lost their lives - for all of us.

Has anything surprised you during the production of Rite of Passage?

Shandi: I think the reception of the premiere. It's been so well received already and we haven't even screened yet. But I think it shows how passionate this community is for this place and this route.

How have your personal feelings about the WURL evolved since making this film? Have either of you attempted it or have any desire to?

Tim: My personal feelings about the WURL changed a lot when Andrew died. He was an experienced runner and rock climber. So for me, it was a reality check that this is actually not only dangerous, but life or death. No matter how experienced you are, you can’t predict what the mountain will do. There is so much loose rock up there, you just never know when you might draw a bad card.

Because of this project I’ve spent so much time on the route and studying and thinking about it, that I dedicated this summer to training to make an attempt this fall. Between bad weather and family obligations, it never lined up. Next year…

Shandi: My feelings have evolved to a place of deeper respect than before.

Now that the film is done and edited, what impact do you hope it will have with viewers?

Tim: I really want it to be a source of inspiration for people. I purposely made the film to give a really good insight into the route, but not give away too much beta. You can watch all 20 minutes of it but still not really know anything until you go out and start figuring it out for yourself. I also hope the film helps to set the WURL up on a stage with some of the other great FKTs and ridge traverses out there so more and more serious athletes can come and take a stab at the FKT. Which, of course, will require the local community to step up and keep it in the family.

Shandi: I hope it serves the dual purpose of inspiring others to seek out something that inspires them BUT ALSO, that it encourages conversations around risk, safety, knowing your limits, respecting those limits and ultimately respecting the mountain. 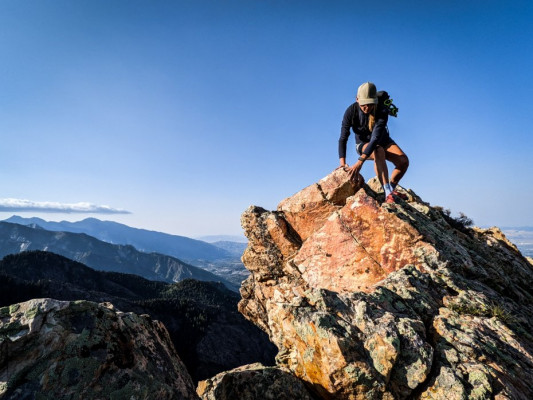 The Every Ridge Project 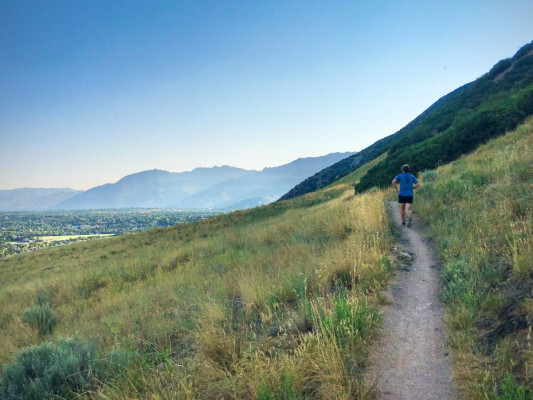