Like most, I’m impressed by runners breaking course records and setting FKTs. And to no one’s surprise, there are plenty of films about these seemingly impossible feats. Appalachian Trail FKT attempts alone have spawned plenty of camera time. Typically the formula is a super athlete dreams up a plan or goal, trains for it, goes through hell and back during the process, and then predictably gets it done.

But if I’m being honest, and maybe it’s because I can’t relate, those aren’t the running films I want to watch.

You see, I love watching the underdogs take to the trail. These are the stories of folks who have poured their heart and soul into training for something that very well may be out of reach. It’s not a matter of where they’ll place or if they’ll set the new FKT, but if they’ll even make it to the finish line at all.

In my opinion, a good running film goes beyond the actual act of running. It hones in on the essence of what it’s like to set an audacious goal, challenge yourself, build community, lean on friends, and put it all on the line. They’re the stories worth cheering for.

So with that in mind, here are my top three films about trail running. Whether you’re just getting started in running or have been at it a long time, I’m confident that you’ll come away with some inspiration and, quite possibly, teary eyes.

How to Run 100 Miles - Now this is the epitome of a great running film with all the right ingredients in place: humor, vulnerability, and determination. In fact, I’ve watched it more than a few times and without fail, it still hits home just as hard. In other words, How to Run 100 Miles features a storyline that digs deeper than just an ambitious trail race. Brendan Leonard of Semi-Rad.com recounts the journey he and his childhood friend Jayson embark upon to attempt the Run Rabbit Run 100 mile race in Steamboat Springs, Colorado. Along the way, you’ll learn their backstory and why this race means so much more than just an impressive accomplishment in their resume.

Once is Enough - Ridiculous. Unwise. Dangerous. Impossible. All of these thoughts came through Jeffrey James Binney’s head - and everyone around him - more than a few times during his quest to run a 100-mile race. And chances are, you'll also have a fair share of doubt as you watch this film. For starters, Binney is a 33-year-old obese man with little to no athletic background who spontaneously decides to sign up for the Leadville 100 race. The idea comes to him as he watches his mother struggle with obesity and subsequently, heart disease. Binney tells the story from the stage as a standup comedian so the film is both hilarious and heartfelt.

Golden Hour - I liken this film to essentially a montage of sappy, feel-good moments of runners digging deep to get across the finish line at the legendary Western States 100-Mile Endurance Race before the 30-hour cut-off time. These final 60 minutes, known as the Golden Hour, are choc full of triumph, grit, celebration, tears, and just about every other human emotion possible. I don’t know any of the runners in this film but somehow filmmaker Austin Meyer makes me feel very proud of them. Funny how that works.

What other films would you add to this list? 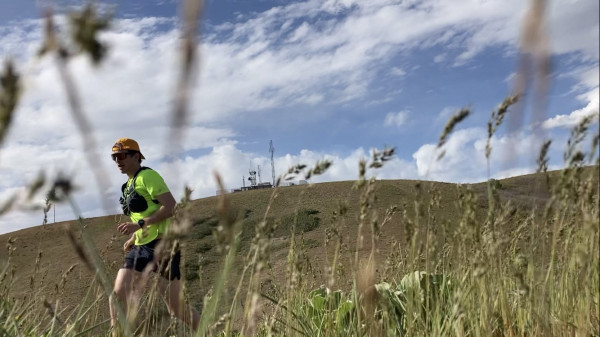 What Backcountry Skiing Can Teach Runners